The Olomouc City Hall, which dominates the Upper Square, has been the symbol of economic and political importance of this former royal capital city of Moravia for six centuries. Today it is the most outstanding architectural monument of Olomouc secular architecture with a public or a representative mission which still serves its original purpose. It still serves as the seat of the city government.

Stavbu The construction of a city hall with merchant house was permitted to Olomouc by a prerogative of 1378 from the Moravian Margrave Jost of Luxembourg. It was originally a wooden structure which burned down sometime around 1417. New construction began at the beginning of the 1420’s, this time from quarry stone and on a layout which has been preserved until today. At the time, the large building with its three wings around a rectangular courtyard housed both basic functions of city hall and marketplace. The ground floor of the more elaborate eastern wing was dominated by a double-naved entrance hall with cross vaults (mázhaus), entered through an adjacent indoor spiral staircase ascending to the first floor. Afterwards it led to the council meeting room and to the city office, connected to the archive room in the upper floor of the city hall tower. The ground floor of the northern and southern wings building served as shops for the Olomouc merchants. It was divided into sales stalls, individually accessible through portals from the courtyard. Roughly in the eastern third of the length of both wings there were passages connecting the courtyard with the area in front of the city hall. This building phase ended around 1443 with the roofing of the city hall’s tower.

The city hall began its fundamental transformation into a grandiose seat within twenty years, when Moravia was ruled by the Hungarian and the foundations were laid for the future prosperity of Olomouc, in the 16th century. Starting in 1474, the reconstruction first affected both wings of the original mercantile building, which was heightened to two storeys. A substantial portion of the first floor of the southern wing was taken up by the double-naved vaulted hall of the municipal court. On the upper floor of the northern wing was built a hall known as the “Publication” hall. Both longitudinal wings of the city hall were newly reconnected by a western wing, where the council placed the administrative offices of the municipal estates. From outside the ground floor a room holding the municipal scales was made accessible, and the neighboring mercantile shops beneath the court hall were transformed into an armory, guardhouse, prison, and torture chamber.

The city hall turns its milder face toward the north, where during the late Gothic reconstruction a monumental clock niche was built near the city hall tower, vaulted by an arch (see the chapter on the Astronomical Clock). Opposite the eastern wing of the city hall is the Chapel of St. Jerome on the first floor, completed in 1488. The reticulated vaulting in its nave is divided into irregularly spaced consoles, and the presbytery stands out from the city hall building as a triangular oriel window, vaulted with an early rib vault, the first of its kind north of the Danube. On the outside, the weight of the oriel window rests on a figural console – a male bust, interpreted as a representation of the work’s author.

The only part of the city hall which was apparently not significantly affected by the late Gothic modifications was the eastern façade from the end of the 15th century. The first documented changes to its appearance are recorded from 1529, when the council hall was first rebuilt and newly vaulted. These modifications also included the setting of the Renaissance portal, inspired by the model of the city hall Chapel of St. Salvator in Vienna. This part of the building was crowned by the mannerist loggia, built in 1591 by the stonemason Hans Jost. The loggia served as the ceremonial entry into the council hall as well as for ceremonial purposes. The symbolic culmination of the Olomouc city hall’s second century of existence in 1601-1607 became the heightening of the city hall tower to its present height of 75 meters. Its roof was fitted with a typical rounded spire with four lower pyramidal towers above the stone walkway.

The 18th century is visible in the Olomouc city hall mainly in the Baroque modification of its façade front the 1720’s. The following nineteenth century, however, marked a slow retreat from its past glory, especially in 1849 when the city hall forcibly became the seat of the newly established Regional Court for fifty years.

In 1899, considerations began for an overall renovation of the building which planned for a spectacular reconstruction in the romantic historical spirit. The modifications were completed in 1904, but even then became the subject of legitimate criticism.

The twentieth century added little to the architectural history of the Olomouc city hall, with the exception of the equally famous reconstruction of the astronomical clock in the concept of socialist realism, executed by Karel Svolinský. The 1990’s finally brought about the gradual reconstruction of the roofs and facades, new access to the ground floor of the east wing through a new gallery and the Caesar café, and the meritorious restoration of the oriel of the city hall’s chapel. 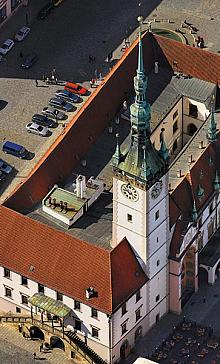 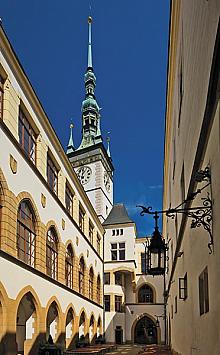 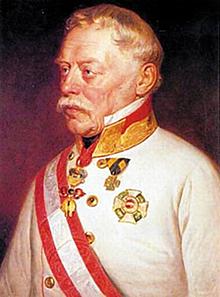 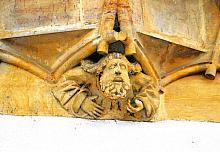 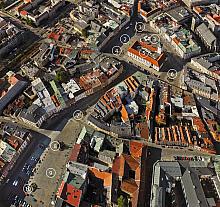