The statutory city of Olomouc, today the seat of the region of the same name, has long been the regional center of Central and Northern Moravia. It lies on the banks of the middle reach of the Morava River at its confluence with the Bystřice River in the center of the ethnic region of Hanakia, a traditional agricultural and food-producing area. Its geographic coordinates are roughly 49°45’ north latitude and 17°15’ east longitude. The city’s elevation ranges from 208 to 420 meters above sea level, and it is home to about 100,000 inhabitants. The Olomouc coat of arms is almost identical with the coat of arms of Moravia and has been used by Olomouc since the late 13th century.

The slight hill with three hillocks rising above the alluvial plain of the Morava River has been a favorable location for settlements since prehistoric times. On St. Michael’s Hillock there once existed an ancient pagan cult site while the St. Wenceslas’ and St. Peter’s Hillocks were where the Great Moravian fortified settlements formed. In the 11th century, the first fortified settlement became the base for the Olomouc princely castle while the other became the seat of the Olomouc bishopric. Between these hillocks, a medieval royal city was created by combining several separate artisan and market settlements spread across old trade routes. According to an old legend, the city was founded by the Roman Emperor, as stated in 1459 in a document issued by the Bohemian King George of Poděbrady. “Although many large and important cities adorn and irradiate our Margraviate of Moravia like precious gems many times, still the glorious, ancient, and famous city of Julius Hill, or Olomouc, surpasses them all by its extraordinary grace and shines like a rose on Moravia. This city was certainly once founded by Julius Caesar and was called by his name, and our predecessors, the famous Margraves, magnificently gifted this leading city with privileges and freedoms, popes honored it with the bishop’s miter, so that it, like the mother of churches which have provided us with the foundations of faith, should rule and manage cities subordinate to itself by diocesan rule. Deliberately and with no doubt, that all this rightfully belongs to it for its extraordinary and commendable achievements, and for its constant virtues and great loyalty”.

Until the Thirty Years War, the royal city of Olomouc held the position of the capital of Moravia. This position, however, was under constant competition by Brno. Olomouc was officially designated as the capital of the Margraviate of Moravia in the charter of King John of Luxemburg of 1314. It gained a prestigious advantage as the seat of the Moravian bishopric, later the university as well, while its disadvantage was its greater distance from imperial Vienna. The city was the seat of several provincial authorities and provincial guilds. It lost its dominance after the conquest of the Swedes, against whom Brno, in contrast, managed to defend itself against. The imposing appearance and economic power of Romanesque and Gothic Olomouc was testimony to its exceptional importance.

The history of Olomouc dates back to at least the 7th century, when the countryside around Olomouc Hill and the area near the convenient ford across the Morava River became the home of the first Slavic settlers. Numerous archeological findings, however, have proven that the area beneath the city was inhabited long before – in Roman times by Germanic peoples, preceded by the settlements of earlier prehistoric cultures. At the beginning of the 9th century, the local Slavic fortified settlement became one of the border strongholds of Great Moravia. After the demise of the Great Moravian Empire in the 10th century and the subsequent connection of Moravia to the Czech principality, Olomouc’s importance continued to increase. The earliest mention of the local early medieval fortified castle that served as the seat of the ruling princes of the Přemyslid dynasty for the next two centuries comes from the year 1055. In 1063, the Moravian bishopric was officially restored in Olomouc, but it is believed that it functioned here from as early as from the 10th century. The actual medieval royal city was founded before the middle of the 13th century on the foundations of an older artisan and mercantile settlement below the castle. Its further development was therefore predestined by its previous functions as an administrative, ecclesiastical, commercial, and military center, roles which the city fulfills even today. In the Middle Ages, Olomouc, together with Brno, played an important role as one of the main cities of the Moravian Margraviate. It achieved its first period of blossom in this role during the rule of the House of Luxembourg, the period responsible for the architectural core of the local city hall. During the Hussite wars, Olomouc was a strong Catholic bastion, largely due to the endeavors of the Bishop of Olomouc Jan Železný with his reputation as a successful military strategist. The city’s true economic and cultural boom came with the Moravian government of Matthias Corvinus, when the parish church of St. Maurice was built, then in the Jagiellonian era of the turn of the 15th and 16th centuries. Olomouc then became a center of humanistic education, managed a high-level municipal Latin school, and could boast its own unique astronomical clock on its city hall as well as a number of rich burgher houses. After the golden era of economic prosperity in the 16th century, when the city also received a Jesuit university, second in the Czech Republic only to Prague, it was scourged by a rapid era of decline. The Thirty Years War and the eight-year Swedish occupation of Olomouc brought severe damages. The subsequent Baroque reconstruction of the city from the middle 17th century soon gave it a new and grandiose monumental appearance. A number of imposing palaces, monasteries, and churches were built, as were the Holy Trinity Column and its collection of fountain statues admired even today, practically serving as the city’s heraldic monument. The turbulent period of the country in the 18th century saw Olomouc’s transformation into an Austrian border fortress where it was held for a long time; paradoxically, this spared the historic town center from the rapid modernization of the industrial age. 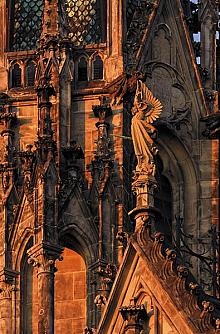 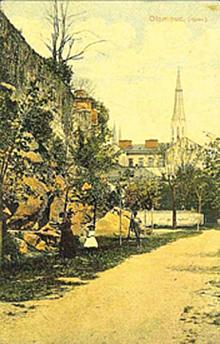 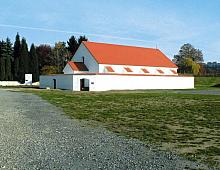 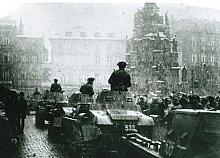