The pilgrimage church with the “minor basilica” of the Visitation of the Virgin Mary, Priory and the priest’s residence, cloister and chapel was built on the site of a pre-Baroque chapel under the patronage of the abbots of the Hradisko Monastery in two stages between 1669-1679 and 1714 -1717. The author of the original design of the church was Giovanni Pietro Tencalla, who founded it as a richly lit single-nave building with a dome over the crossing, a longitudinal presbytery, and two rows of side chapels along the sides of the nave. The massive western double towers face the mother monastery of the Olomouc Premonstrates and dominate the view from afar. Inside the temple, the stucco decoration of the vaults is particularly striking; their robust modeling comes from the early Baroque period. This was the work of a group of northern Italian specialists under the guidance of Quirigo Castelli. The iconographic program of the wall murals were designed for the painter Johann Steger by the founder of Moravian Baroque painting, Antonín Martin Lublinský, around 1677. The frescoes in the chapels illustrate the legend of the beginnings of the pilgrimage site and the foundation of the church, while the dome displays the Old Testament heroines Sarah, Rebecca, Abigail, Bathsheba, Judith and Esther as the antecedents of the Virgin Mary. The paintings on the vault of the choir are the work of an otherwise unknown Italian painter named Jacob.

The former Premonstratensian Monastery known as Hradisko (now a Military Hospital) was expensively reconstructed after the Thirty Years War in Baroque style from 1686 to 1736. Even previously, the Church of the Assumption of the Virgin Mary, now non-existent, was renewed with its high central tower (1659-1702). The construction of the monastery buildings was the gradual work of architects Giovanni Pietro Tencalla, Domenico Martinelli, and Karel Antonín Rejna. Until its abolition in 1784, the monastery was a unique treasure trove of Moravian Baroque art culture. To this day, there have been preserved some elements of outstanding painting and sculpture decorations from authors such as the painters Paul Troger, Daniel Gran, and Johann Christoph Handke, plasterer Baldassare Fontana, and sculptors Josef Anton Winterhalder and Georg Anton Heintz. Following the monastery’s dissolution under Joseph II, the former abbey Chapel of St. Stephen served as the parish church, which has resulted in this being the only interior, in addition to the ceremonial hall of the prelature, that has survived nearly untouched. The floor plan has a basic octagon shape, supplemented in the east-west axis with a hallway and small sacristy. The High Baroque character of the building, the work of architect Karel Rejna in 1726-1731, is also supported by the dynamic curve of the roof topped in its axis by a sanctus spire. 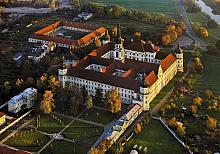 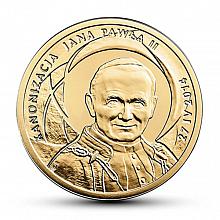